By Justin Gillis, 25 June 2017, excerpt from the NYTimes.com

If the amount of the gas that people are putting out has stopped rising, how can the amount that stays in the air be going up faster than ever? Does it mean the natural sponges that have been absorbing carbon dioxide are now changing?

“To me, it’s a warning,” said Josep G. Canadell, an Australian climate scientist who runs the Global Carbon Project, a collaboration among several countries to monitor emissions trends.

Scientists have spent decades measuring what was happening to all of the carbon dioxide that was produced when people burned coal, oil and natural gas. They established that less than half of the gas was remaining in the atmosphere and warming the planet. The rest was being absorbed by the ocean and the land surface, in roughly equal amounts.

In essence, these natural sponges were doing humanity a huge service by disposing of much of its gaseous waste. But as emissions have risen higher and higher, it has been unclear how much longer the natural sponges will be able to keep up. 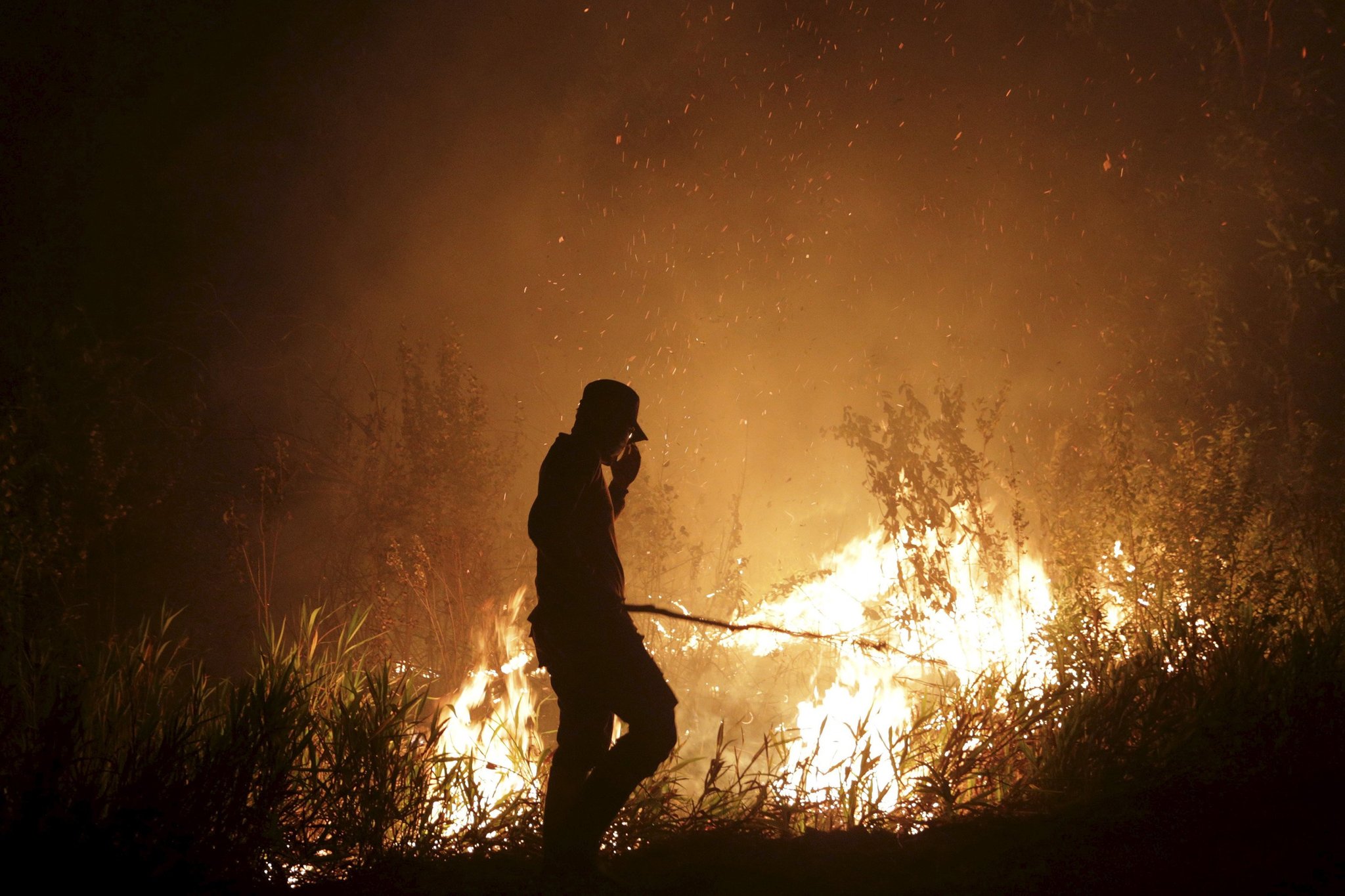 A raging fire in South Sumatra in September 2015. Huge fires that year in Indonesia sent a pulse of carbon dioxide into the atmosphere. CreditAntara Foto/Reuters

Should they weaken, the result would be something akin to garbage workers going on strike, but on a grand scale: The amount of carbon dioxide in the atmosphere would rise faster, speeding global warming even beyond its present rate. It is already fast enough to destabilize the weather, cause the seas to rise and threaten the polar ice sheets.

Many of them suspect an El Niño climate pattern that spanned those two years, one of the strongest on record, may have caused the faster-than-usual rise in carbon dioxide, by drying out large parts of the tropics. The drying contributed to huge fires in Indonesia in late 2015 that sent a pulse of carbon dioxide into the atmosphere. Past El Niños have also produced rapid increases in the gas, though not as large as the recent ones.  Yet scientists are not entirely certain that the El Niño was the main culprit; the idea cannot explain why a high rate of increase in carbon dioxide has continued into 2017, even though the El Niño ended early last year.

Scientists say their inability to know for certain is a reflection not just of the scientific difficulty of the problem, but also of society’s failure to invest in an adequate monitoring system to keep up with the profound changes humans are wreaking on the planet. “It’s really bare bones, our network, contrary to common misperceptions about the government wasting money,” said Pieter Tans, chief of a unit that monitors greenhouse gases at the National Oceanic and Atmospheric Administration.

While the recent events have made the scientific need for an improved network clear, the situation may be about to get worse, not better. President Trump’s administration has targeted American science agencies for cutbacks, with NOAA, the lead agency for tracking greenhouse gases, being one of those on the chopping block.

Australia also had a recent fight over proposed cutbacks in climate science, but so far that country’s conservative government has promised continued funds for the Cape Grim science program, Australia’s most important contribution to global climate monitoring. The atmospheric observatory here, which receives some money from NASA, is one of the most advanced among scores of facilities around the world where greenhouse gases and other pollutants are monitored. 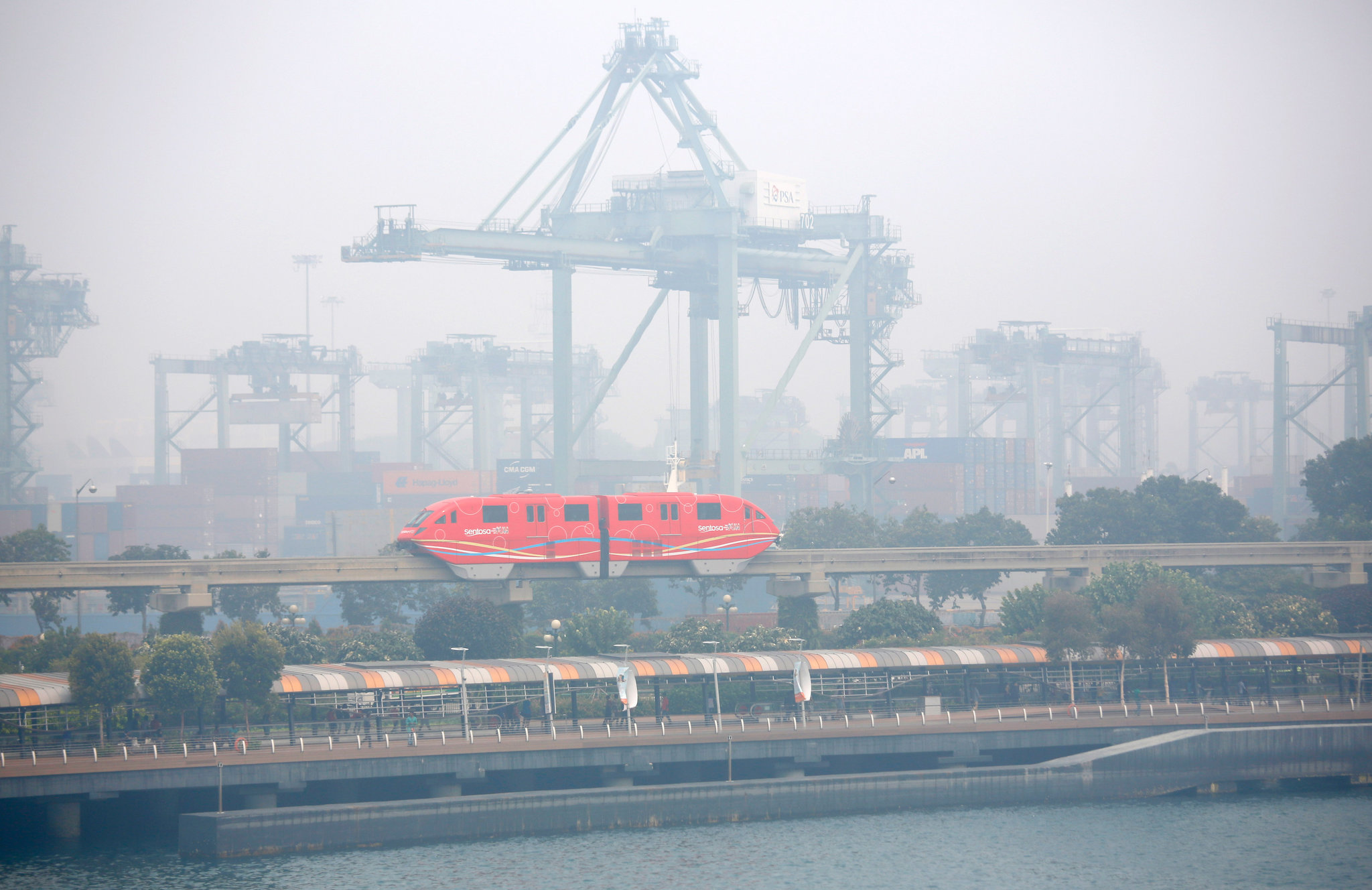 A monorail moving through a smoky haze, which blew over from Indonesia, in the Singapore port in September 2015. CreditWong Maye-E/Associated Press

The network is complete enough to give a clear picture of the overall global trends in industrial gases in the air, scientists say. But it is too sparse to give definitive information about which parts of the planet are absorbing or releasing greenhouse gases at a given moment. Lacking such data, scientists have trouble resolving some important questions, like the reasons for the rapid increase of carbon dioxide over the past three years.

“It’s really important that people get that there’s an awful lot that’s just not known yet,” Sam Cleland, the manager of the Cape Grim station, said.

Human activity is estimated to be pumping almost 40 billion tons of carbon dioxide into the air every year, an amount that Dr. Canadell of the Global Carbon Project called “staggering.” The atmospheric concentration of the gas has risen by about 43 percent since the Industrial Revolution.

That, in turn, has warmed the Earth by around 2 degrees Fahrenheit, a large number for the surface of an entire planet.

With a better monitoring network, scientists say they might be able to specify in greater detail what is causing variations in the amount of carbon dioxide staying in the air — and, perhaps, to give a timely warning if they detect a permanent shift in the ability of the natural sponges to absorb more.

Dr. Tans of NOAA would like to put sensors on perhaps a hundred commercial airplanes to get a clearer picture of what is happening just above land in the United States. The effort would cost some $20 million a year, but the government has not financed the project.

The uncertainty stemming from the recent increases in carbon dioxide is all the more acute given that global emissions from human activity seem to have stabilized over the past three years. That is primarily because of changes in China, the largest polluter, where an economic slowdown has coincided with a conscious effort to cut emissions.

“I’d estimate that we are about at the emissions peak, or if there are further rises, they won’t be much,” said Wang Yi, a professor at the Chinese Academy of Sciences in Beijing, who also belongs to the national legislature and advises the government on climate policy.

Emissions in the United States, the second-largest polluter after China, have also been relatively flat, but Mr. Trump has started tearing up President Barack Obama’s climate policies, raising the possibility that greenhouse gases could rise in coming years.

Dr. Tans said that if global emissions flattened out at today’s high level, the world would still be in grave trouble.

“If emissions were to stay flat for the next two decades, which could be called an achievement in some sense, it’s terrible for the climate problem,” he said.