Canada has announced it will accelerate plans to phase out coal-fired electricity. An earlier goal of generating 80% of electricity from renewables and nuclear by 2030 will be upped to 90%, said environment minister Kathleen McKenna. “Taking traditional coal power out of our energy mix and replacing it with cleaner technologies will significantly reduce our greenhouse gas emissions, improve the health of Canadians, and benefit generations for years to come,” McKenna told The Hill. Four of Canada’s provinces still burn coal for electricity: Alberta, Saskatchewan, Nova Scotia and New Brunswick, notes Reuters. New Brunswick and Nova Scotia welcomed the announcement, while Alberta’s Climate Change Minister said it already has a coal-cutting plan with the same timeline. However, Saskatchewan’s Premier Brad Wall said the government has violated a commitment to work with provinces on environment matters. Some coal power plants could be kept on, notes Ars Technica, as long as they use carbon capture and storage. Climate Home, Bloomberg and BusinessGreen also have the story.

Associated Press via The Guardian

Canada has announced plans to phase out the use of coal-fired electricity by 2030.  The move is in stark contrast to President-elect Donald Trump’s vow to revive the American coal industry.

The environment minister, Kathleen McKenna, said the goal is to make sure 90% of Canada’s electricity comes from sustainable sources by that time – up from 80% today.  The announcement is one of a series of measures Justin Trudeau’s Liberal government is rolling out as part of a broader climate change plan. Trudeau also has plans to implement a carbon tax.  Trudeau told President Obama this past weekend he would miss working with him because he shared so many values.

“Taking traditional coal power out of our energy mix and replacing it with cleaner technologies will significantly reduce our greenhouse gas emissions, improve the health of Canadians, and benefit generations for years to come,” McKenna said.

Four of Canada’s 10 provinces still use coal-based electricity. Alberta had been working toward phasing out coal-fired electricity by 2030 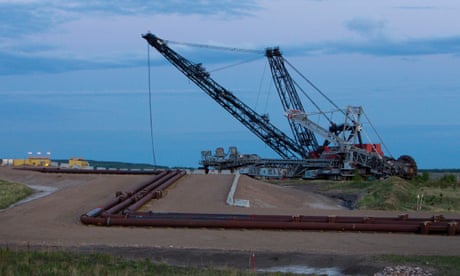 Canada’s attempt to act on climate change is being undermined by $3.3bn in government subsidies flowing to oil and gas producers in the country a year, a new report has warned.

The prime minister, Justin Trudeau, has vowed to place a national price on carbon dioxide emissions by 2018. Last week, Trudeau said he would not be deterred by the election as US president of Donald Trump, who has called climate change a “hoax”, and would forge ahead with the plan to “show leadership that quite frankly the entire world is looking for”.

But a study by four major Canadian environmental groups has shown that carbon pricing risks being undermined by billions of dollars in subsidies to fossil fuel interests, from both federal and provincial governments.

The $3.3bn annual subsidy, made up of extraction incentives and research and development, amounts to paying polluters $19 for each tonne of carbon dioxide they emit, according to the green groups. This would conflict, they say, with the planned carbon price, which will ramp up to $50 a tonne by 2022.

“This system is like taxing consumers when they buy cigarettes while giving massive tax breaks to tobacco companies that encourage them to produce more cigarettes. It doesn’t make sense,” said Alex Doukas of Oil Change International.

Dale Marshall of Environmental Defense added: “Unless Canada phases out massive subsidies to oil and gas companies, Trudeau’s carbon price will do little to encourage polluters to cut carbon emissions. The $3bn in annual subsidies could be put to much better use by investing in climate action, healthcare or other initiatives.”

G20 countries, including Canada, agreed to phase out fossil fuel subsidies in 2009. However, the burning of oil, gas and coal is still supported across the world by subsidies amounting to $5.3tn a year, equivalent to $10m a minute every day, according to the International Monetary Fund.

This huge sum, greater than the total health spending of all the world’s governments, comprises direct subsidies and financial support as well as the externalized cost that people pay for fossil fuels in terms of air pollution and extreme weather driven by climate change.

Trudeau has emerged as a vocal proponent of action on climate change and found significant common ground on the issue with Barack Obama. He has said that Canada’s efforts to stave off the worst effects of climate change “will not cease”.

However, he has been attacked by environmentalists for not raising Canada’s emissions reduction goal and for approving a controversial $27bn liquified natural gas project in British Columbia. The opposition Conservatives, meanwhile, have called a national carbon price plan “complete insanity” and a “sledgehammer” to the Canadian economy. 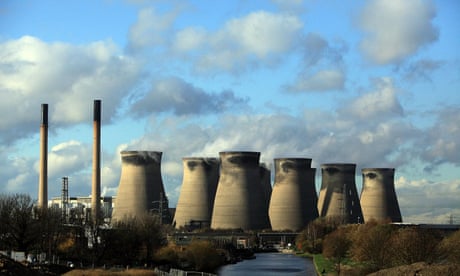