Air pollution kills 4-7 million people prematurely each year worldwide, 20% of which are children under the age of 5. Global warming is an immediate and growing threat and has the potential to melt enough ice worldwide to raise sea levels 70 meters, covering 7% of the world’s land. Energy insecurity has the potential to threaten the economic, social, and political stability of countries.

After having worked on 100% clean, renewable energy plans for 139 countries and 50 United States, I sincerely believe it is possible for each country to transition at relatively low cost while maintaining a stable grid. The solution will create over 20 million more jobs worldwide than are lost, eliminate 4-7 million air pollution deaths annually worldwide, eliminate global warming, and provide energy security. It will also raise up to 4 billion people worldwide out of energy poverty and reduce the chance of catastrophic risk to the energy supply since wind and solar are distributed energy resources.  I encourage all of you to participate in this transformation for the benefit of your family, your community, your country, and all countries around the world. 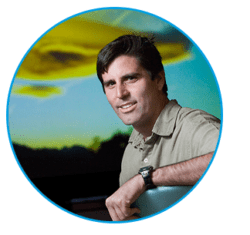 Mark Jacobson is the Director of Atmosphere/Energy Program, and Professor ofCivil and Environmental Engineering at Standford University.  Senior Fellow, Woods Institute for the Environment and Precourt Institute for Energy  From further information: click here. 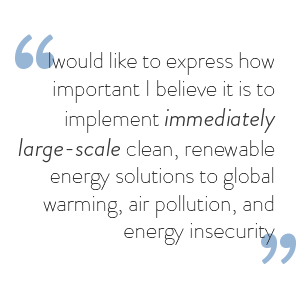