Across the Tibetan Plateau and in the Himalayan and Karakoram ranges, the glaciers number in the thousands and the people who rely on them in the hundreds of millions, along rivers like the Indus in Pakistan, the Ganges and Brahmaputra in India, the Yellow and Yangtze in China and the Mekong in Southeast Asia.  Eventually these rivers will be affected by glacial retreat, said Arthur Lutz, a hydrologist with FutureWater, a Dutch water-resources consulting firm. The timing may vary; the Indus, for example, is more dependent on glacial melt than the Ganges, which receives much of its water from the monsoon.  The total sum of water you get from the mountains may increase until about the 2050s, but then there will be less and less…

**
In Central Asia, a warming climate is shrinking the Tuyuksu glacier. It’s losing ice every year.

Around the world, vanishing glaciers will mean less water for people and crops in the future.

On a summer day in the mountains high above Almaty, Kazakhstan’s largest city, the Tuyuksu glacier is melting like mad. Rivulets of water stream down the glacier’s thin leading edge.

As she has for nearly two decades, Maria Shahgedanova, a glaciologist at the University of Reading in England, has come here to check on the Tuyuksu. As one of the longest-studied glaciers anywhere, the Tuyuksu helps gauge the impact of climate change on the world’s ice.

With colleagues from the Kazakhstan Institute of Geography, Dr. Shahgedanova has made the slow trip from Almaty, 15 miles to the north and nearly two miles below, lumbering up a steep, rutted mountain road in a giant Russian utility vehicle. 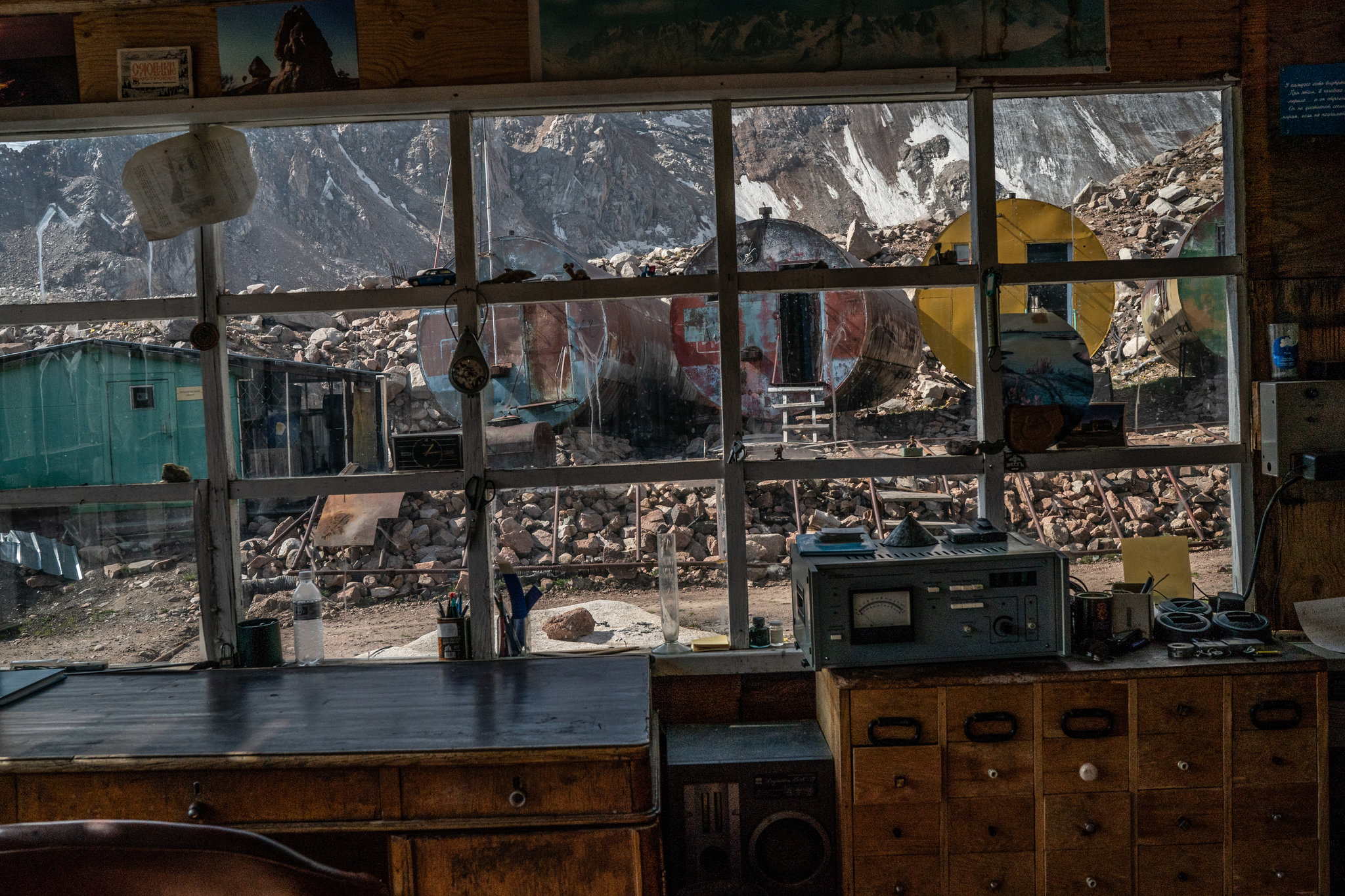 At the road’s end sits a Soviet-era research station that, like the Tuyuksu itself, has seen better days. 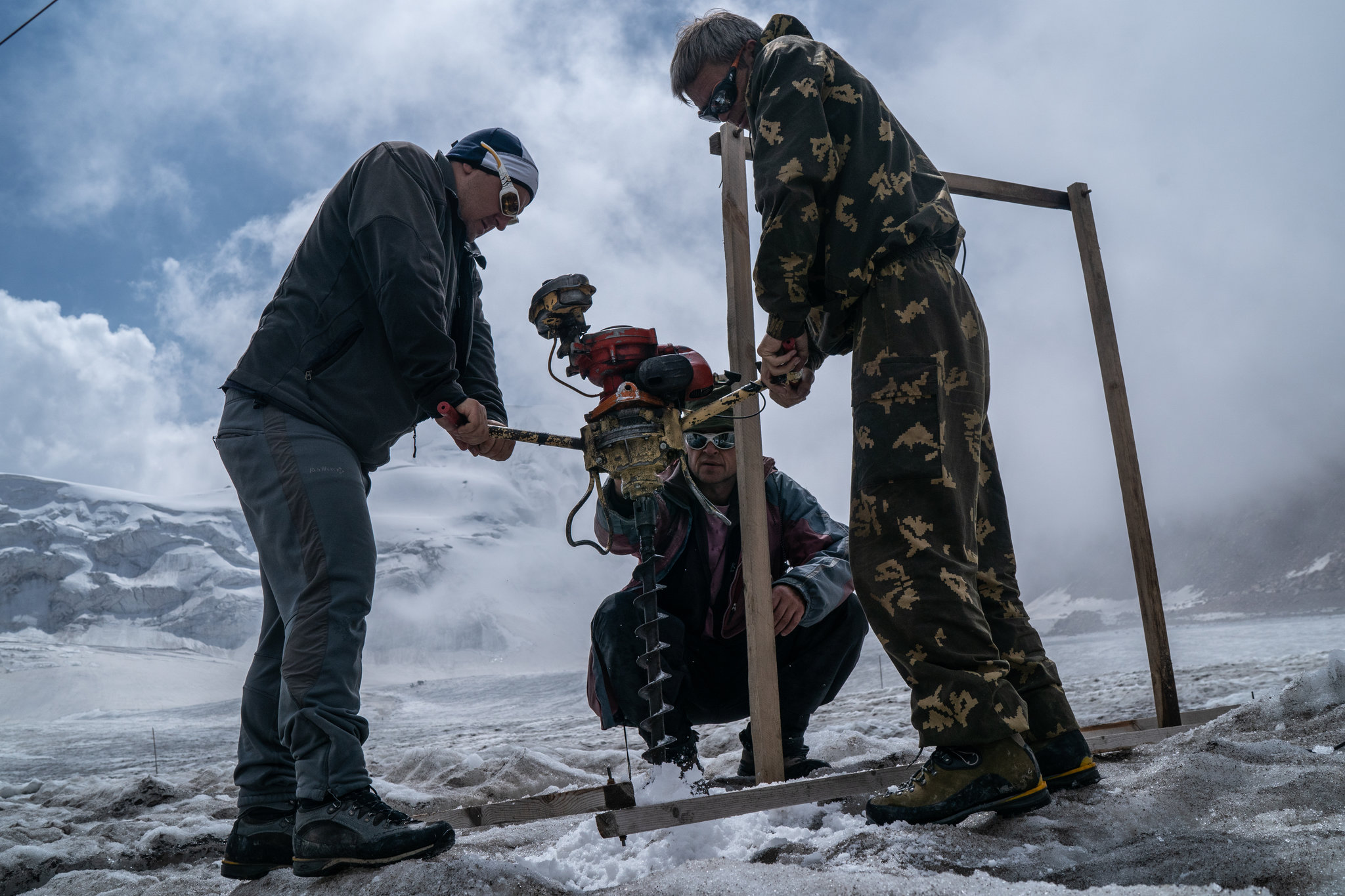 On the glacier, researchers maintain an array of measuring stakes planted in holes in the ice.

Last year, at the end of the summer melting season, the team drew lines on the stakes marking the height of the ice, as researchers have done here for decades. Now, looking at a stake nearly a year later, Nikolay Kasatkin, one of the institute researchers, and Dr. Shahgedanova saw that more of the wood was visible. With the end of melting still a couple of months off, parts of the Tuyuksu were already about three feet thinner.

Glaciers represent the snows of centuries, compressed over time into slowly flowing rivers of ice, up to about a thousand feet thick here in the Tien Shan range and even thicker in other parts of the world. They are never static, accumulating snow in winter and losing ice to melting in summer. But in a warming climate melting outstrips accumulation, resulting in a net loss of ice.

The Tuyuksu, which is about a mile and a half long, is getting shorter as well as thinner. When the research station was built in 1957 it was just a few hundred yards from the Tuyuksu’s leading edge, or tongue. Now, reaching the ice requires scrambling on foot for the better part of an hour over piles of boulders and till left as the glacier retreated.

In six decades, it has lost more than half a mile.

What’s happening in the mountains of southeastern Kazakhstan is occurring all over the globe.

The world’s roughly 150,000 glaciers, not including the large ice sheets of Greenland and Antarctica, cover about 200,000 square miles of the earth’s surface. Over the last four decades they’ve lost the equivalent of a layer of ice 70 feet thick.

Most of them are getting shorter, too. Some have shrunk to nothing: Smaller glaciers in places like the Rockies and the Andes have disappeared. Even if greenhouse gas emissions were sharply curtailed immediately, there has already been enough warming to continue shrinking glaciers around the world.

This great global melting contributes to sea level rise. It affects production of hydroelectricity. It leads to disasters like rapid, catastrophic floods and debris flows. It alters rivers and ecosystems, affecting the organisms that inhabit them.

But here in the Tien Shan, the biggest impact may be on the supply of water for people and agriculture.

As the Tuyuksu melts, the rivulets turn into torrents, carving channels in the surface.

The flows merge, forming a stream that joins with those from other melting glaciers. 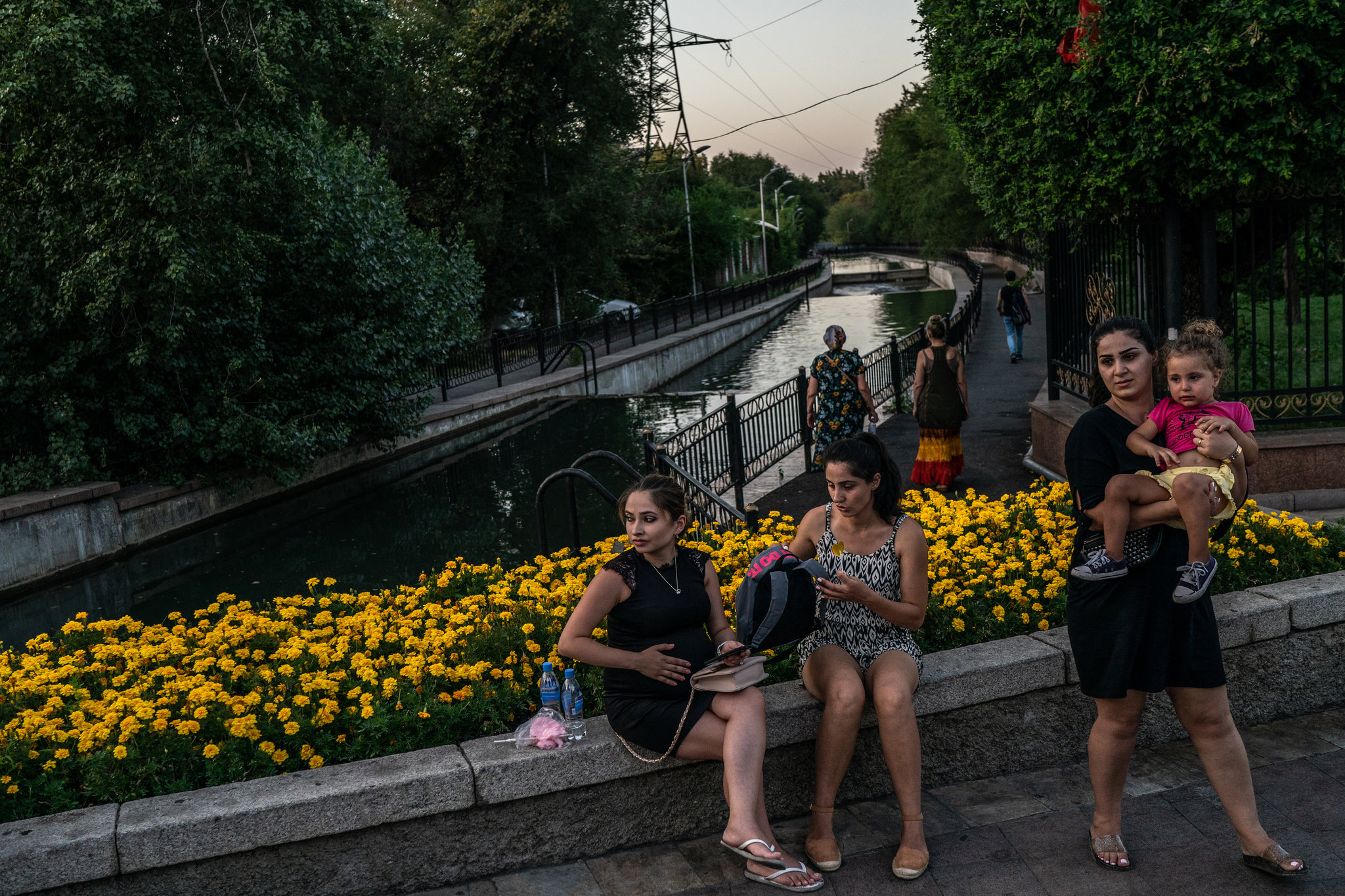 Some of the water from these glaciers eventually becomes the Little Almaty River.

The Little Almaty and several other glacier-fed rivers flow through and around the city. They supply some of the drinking water for the region’s two million people and irrigation water for fields of corn and other crops outside the city.

Runoff from the mountains has not declined so far, Dr. Shahgedanova said. “We aren’t seeing problems yet,” she said, but some of her models suggest that is poised to change. “We’re talking the next 20 years or so.”

In addition to measuring ice loss on the Tuyuksu, Dr. Shahgedanova and her colleagues study the water in the Little Almaty and other rivers. It doesn’t all come from melting glaciers; some comes from runoff of rain and melting snow, which some climate models predict may increase in the region. Other sources include thawing areas of frozen ground, or permafrost, and huge piles of rock fragments and ice that dominate the landscape below many glaciers. 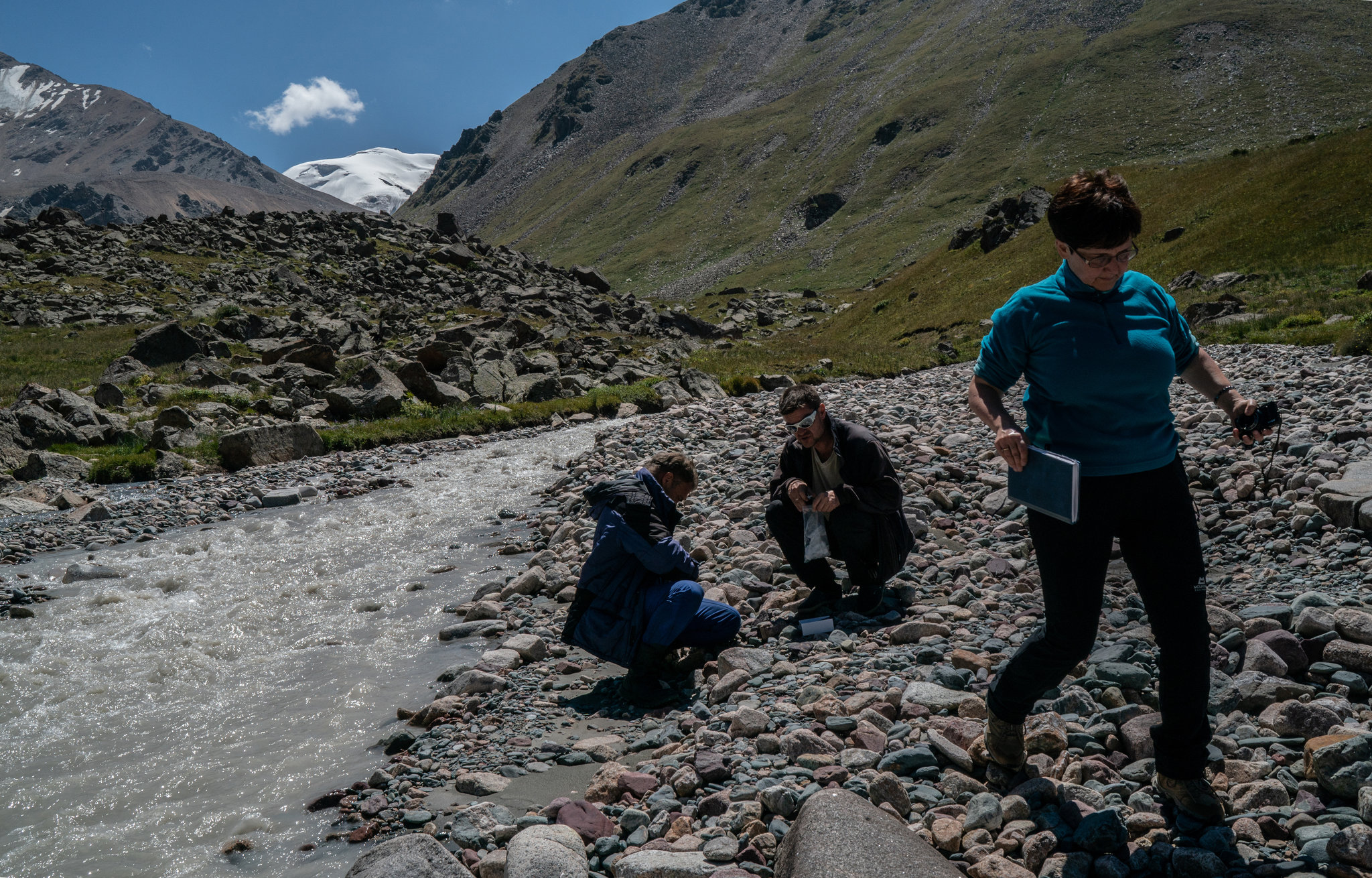 Dr. Shahgedanova and other researchers analyze water samples to determine the mix of sources. 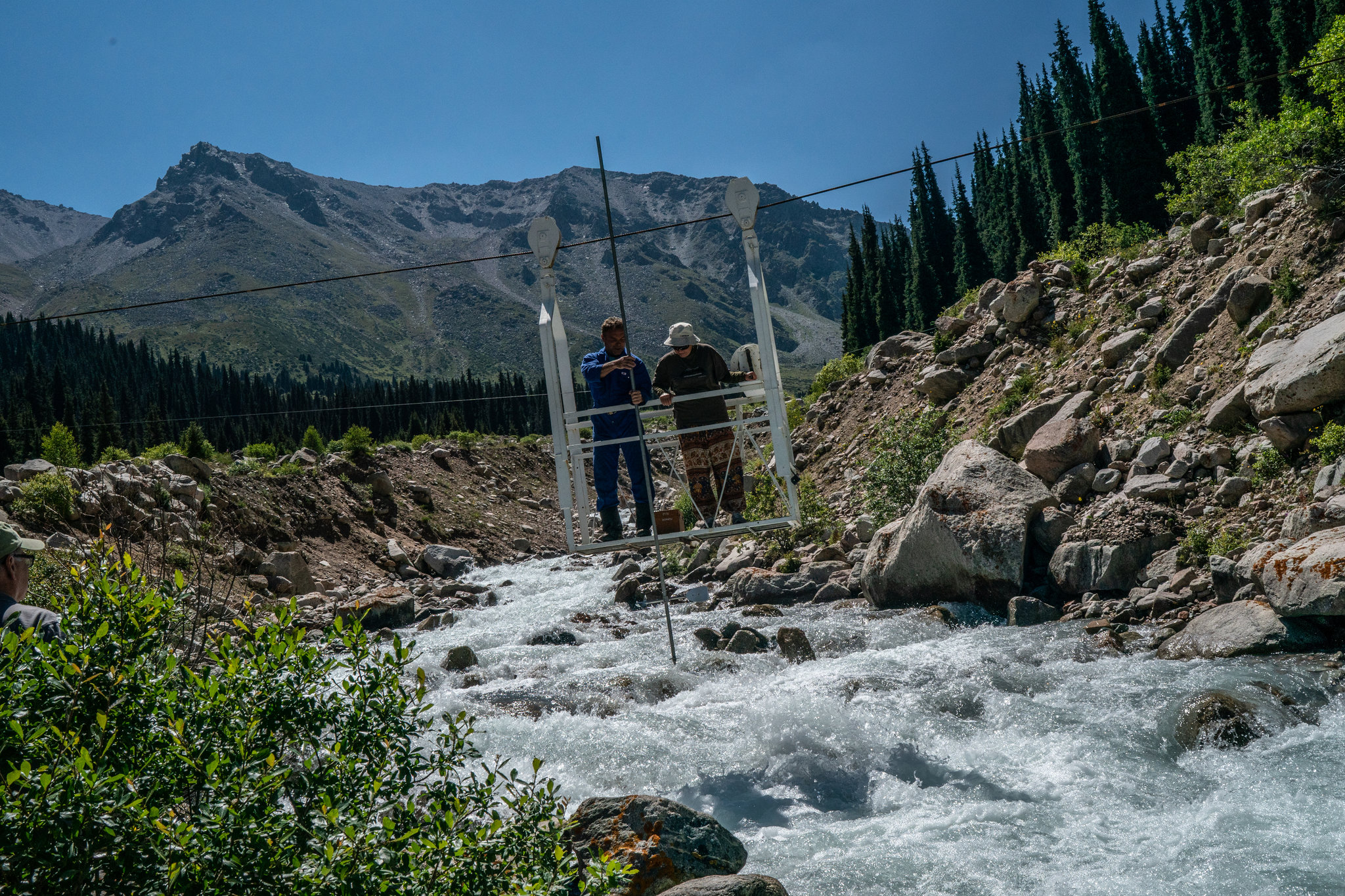 They take regular flow measurements to record how streams change.

Determining the mix of water sources is important for forecasting how the rivers will fare over time. A melting glacier can at first increase stream flow, but eventually the glacier reaches a tipping point, called peak flow, and meltwater begins to taper.

“At some point they cannot produce the water they are providing right now,” said Matthias Huss, a researcher at the Swiss Federal Institute of Technology in Zurich. “It’s really important for water managers to know when this tipping point is reached.”

Flows from Kazakhstan’s glaciers will eventually decline.
Other glaciers in Central Asia will also be affected.  But the biggest impact will be farther south.  There, countless glaciers feed the great river basins of Asia.

Across the Tibetan Plateau and in the Himalayan and Karakoram ranges, the glaciers number in the thousands and the people who rely on them in the hundreds of millions, along rivers like the Indus in Pakistan, the Ganges and Brahmaputra in India, the Yellow and Yangtze in China and the Mekong in Southeast Asia.

Eventually these rivers will be affected by glacial retreat, said Arthur Lutz, a hydrologist with FutureWater, a Dutch water-resources consulting firm. The timing may vary; the Indus, for example, is more dependent on glacial melt than the Ganges, which receives much of its water from the monsoon.

Either way, Dr. Lutz said, “the total sum of water you get from the mountains is likely to increase until about the 2050s.” 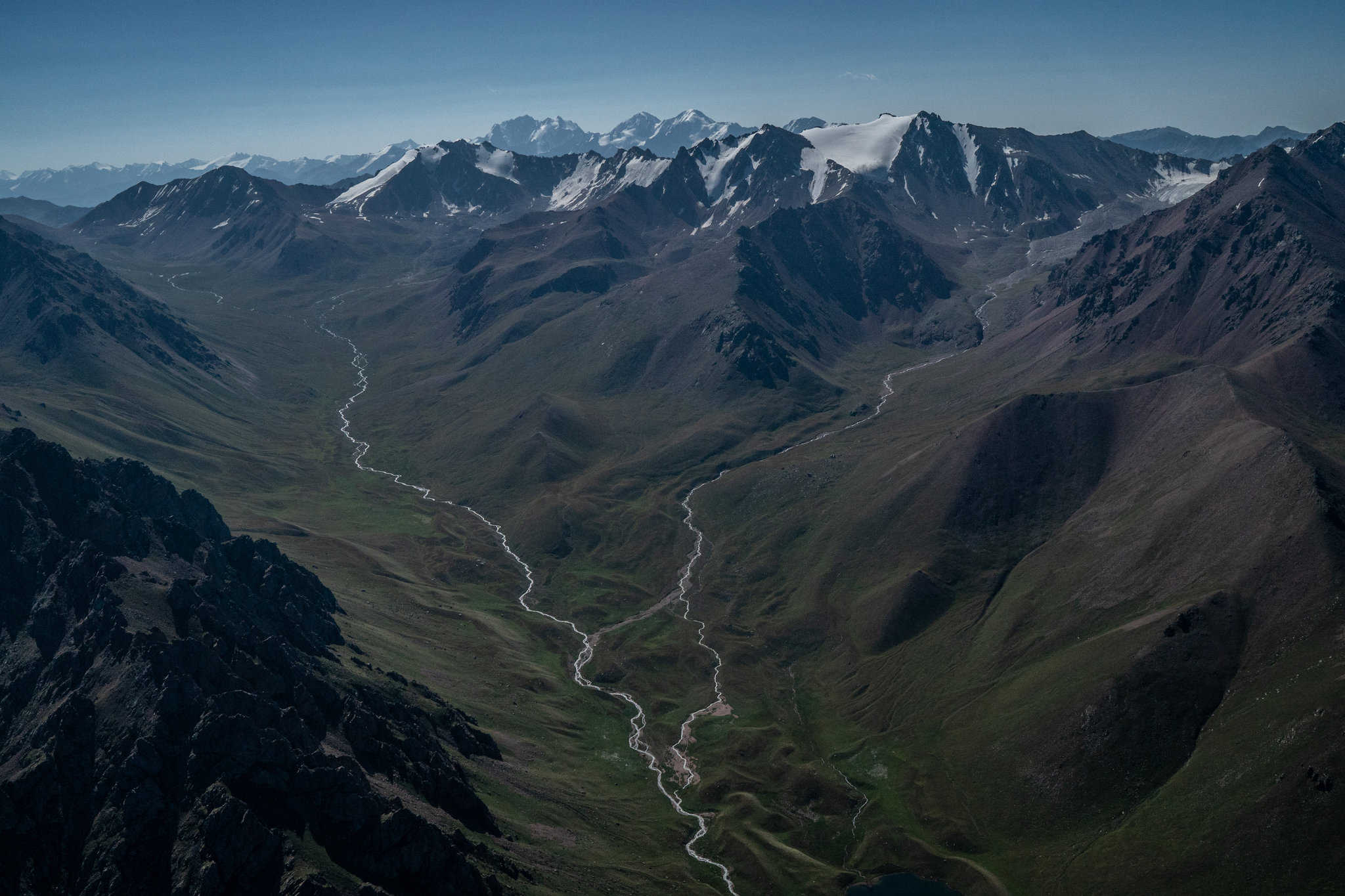 In the mountains of Kazakhstan, the decline may start sooner. 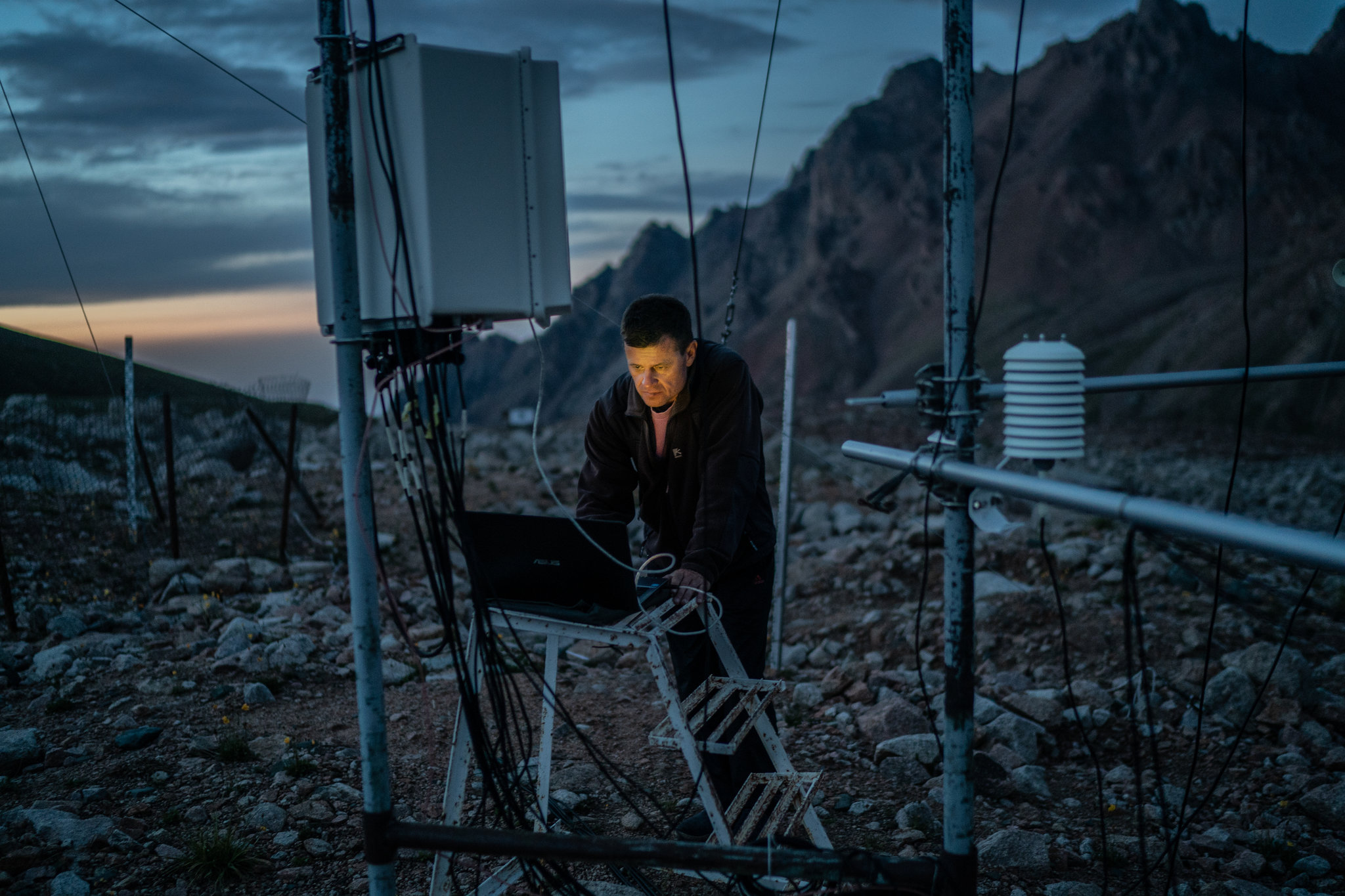 Much of the water from the Tuyuksu and other glaciers eventually reaches the lowlands north of Almaty where it irrigates crops.

When flows in these rivers begin to decline, the region’s farmers could face a crisis.

Most of the irrigation works in the region date from the Soviet era. They are old, run-down and inefficient.

Many canals and ditches are lined with earth, not concrete, so water leaks from them.

And the water is not managed well.

Most farmers now take whatever water they need, without having to account for how much they use.

There is not much incentive, or money, to install improvements like drip irrigation that would save water and improve productivity.

But more efficient water management is what Kazakhstan needs to prepare for the days when the flow from glacier-fed rivers starts to drop off.

Aleksi Gorbatuk is a farmer with 370 acres of corn in Karaoy, about 25 miles north of Almaty, and more acreage elsewhere. He’d like to install drip irrigation on some of his fields. He knows it would help conserve water, and the government tells him that is important in an era of climate change. It would also save him money in the long run by making his fields more productive. But it is expensive.

“The government explains that in the near future there will be a shortage of water,” Mr. Gorbatuk said. “So every farmer needs to think about his money, so if tomorrow we don’t have this water, what will we do.”

Mr. Gorbatuk’s situation is a reminder that, as Dr. Huss put it, “declining waters from glaciers or mountains in general do not necessarily need to be a problem.” 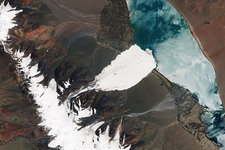 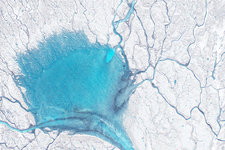 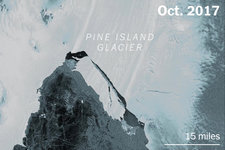 Why It Matters That 2 Antarctic Glaciers Are Speeding to the Sea JAN. 26, 2018 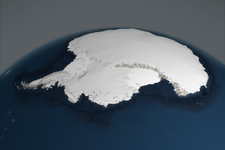 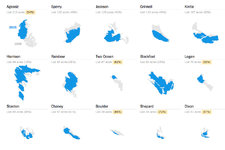 Glacier National Park Is on Track to Lose All Its Glaciers  MAY 29, 2017