Environmental justice calls for fair treatment of all people regardless of race, color, national origin, or income, and it necessarily includes the development, implementation, and enforcement of environmental laws, regulations, and policies.

According to the EPA, we will achieve this when everyone enjoys the same degree of protection from environmental and health hazards and has equal access to the decision-making process to have a healthy environment in which to live, learn, and work.

Social justice and environmental justice are innately connected. Naomi Klein, in her book, This Changes Everything, says that we can no longer ignore social or environmental justice. The myth of universal vulnerability, or “We will all be affected equally,” makes us fall into serious issues of injustice. So, too, does the myth of universal responsibility, or “We’re all to blame equally.” Actually, no. Different constituents are disproportionately responsible for their contributions to climate change, and climate change affects individual and groups unequally. We can bust these myths and challenge power about climate change, especially of those who are most privileged.

We need to know the ins and outs of our philosophies and own up to them, especially if we want to empower others to critically analyze climate change as embodied in media texts. Then we will be able to ask, “What media systems and structures are allowing some ideas to appear ‘normal’?”

Did you know that cloud computing is powered by coal? How has planned obsolescence affected consumption and waste? Consumerism is a primary destructive force of the environment, and media messages today that continue to promote fossil fuel use tend to gloss over the ominous negative consequences of those energy sources. Propaganda in the news media is prevalent among media sources across space, time, and place, regenerating messages that create a mindprint in which climate change can seem to be someone else’s problem. NIMB, right?

Systems thinking isn’t new. Buddhism has a significant foundation in systems thinking. When we ask where a system of environmental impact is embedded within a common technology, we need to look at interconnections. Media and the material environment are interconnected, as media intersect different ecologies — cognitive, sociocultural, environmental, and aesthetic, among others.

Media literacy has a critical history — ideas that recognize ideology and culture as an important component of media. These critical components are important to remember or they get watered down, especially in today’s world where we’re asked to read and write images, sounds, advertising, and popular culture, as well as print. Literacy, in all its different forms, is the ability to critically analyze the relationship between knowledge and power in society. And being media literate is imperative if social and environmental justice movements are to dissipate the power of media messages.

Media can infuse audiences with appreciation for nature and the environment. Think Avatar or the Lord of the Rings trilogy as powerful examples. With a strong philosophical and theological basis, these films connect audiences to environmental concepts that they may never have previously encountered. Sometimes called “constructivist media literacy content,” media deconstruction of global warming gives audiences the tools to move from mentor guidance to independent analysis of textual messages around anthropogenic climate change.

That approach makes us all ask questions about the environmental texts that the media disseminate to audiences. See Project Look Sharp for some of these deconstruction activities. All ages take to this type of deconstruction, as it speaks to multiple perspectives and engages metaphorical thinking.

And it’s not just film that is a good space for this kind of textual analysis. Think Woody Guthrie’s “This Land is Your Land,” or “Big Yellow Taxi” by Joni Mitchell. Cat Stevens’ “Where Do the Children Play?” is another musical text that can drive media deconstruction and invite inquiry that leads to environmental justice revelations.

And maybe these audiences will take the next steps to go public and share what they’ve learned about climate through media deconstructions, joining the advocacy movements of both social and environmental justice. 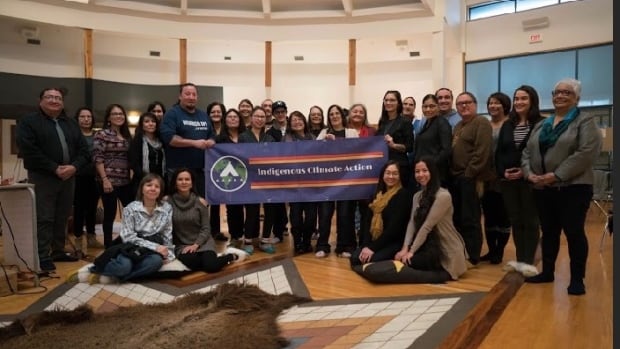 Indigenous Climate Action is run by a group of Indigenous people from various First Nations across Canada who noticed a gap between government strategies on climate change and Indigenous knowledge.

“We have international and national leadership stating that Indigenous rights are critical [to climate change], but no one has weaved together what that looks like and what that means,” said Indigenous Climate Action interim director Eriel Deranger.

The tool kit, which will incorporate traditional knowledge, is being developed to hand out to Indigenous communities to increase climate change literacy and provide resources and renewable energy project training.

Indigenous Climate Action plans to send a community co-ordinator and toolkit researcher to Indigenous communities over a six-month period to discuss climate change and Indigenous rights, and create solutions that will uphold and affirm their rights, Deranger said.

A lot of communities still don’t understand climate change, she said. And although many are already seeing climate change impacts, many aren’t prepared to address it, she said.

Indigenous Climate Action’s mandate is not to prescribe solutions — it’s to outline the needs and make sure Indigenous rights are recognized and Indigenous knowledge systems are used in the development of climate change strategies in Canada, Deranger said.

The goal is to gather as much feedback from communities as possible to incorporate into the development of the kit.

“[It’s intended] to give them [Indigenous communities] the tools to be able to determine how they want to participate in climate change action,” said Deranger.

Right now, Indigenous Climate Action is doing the work on its own, on a volunteer basis.

The organization made a choice not to apply for government funding in order to remain non-partisan, Deranger said. 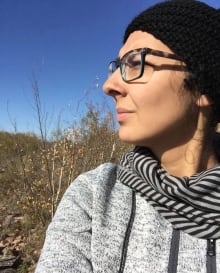 was interested in looking at the correlation between environmental protection and Indigenous rights,” said Deranger.

“I told Minister McKenna, ‘You’re under the limitation of a colonial government. It was not made to uphold and implement Indigenous rights, so your ability to address our concerns going forward becomes problematic. That is the reality.'”

“So far the consensus has been that communities don’t feel really engaged in the development of what climate solutions are,” said Deranger.

“Our people are the first ones that feel the impacts of climate. Our people are still picking medicines. We’re still practicing our traditions and ceremonies. We need to be honest with ourselves. We’re the caregivers and stewards of the land. We have the ability to save ourselves. We need to be prepared for what we see coming, whether it’s dramatic weather changes, pollution, etc.”