If all goes according to plan, next year construction will begin on a 30-story residential tower in Austin, Texas. Nothing new in the daily life of a booming city, except for one thing: the apartment tower will offer no parking spaces to residents.

Whether you gauge it by the growth of car-free homes, a steady drop in drivers’ licences for younger age-groups, or the rise in car-sharing, metropolitan areas across the US have lately made strides in getting residents out of – and rid of – their cars.

In Austin and elsewhere, what’s made this possible? The short answer is technology: it’s hard to overstate the impact ride-hailing services such as Uber and Lyft have had on urban transportation in the past five years.

Those technologies arrived amid a renewed emphasis by city and regional planners on improving public transit and encouraging non-car modes of transportation.

“Technology plays a big role in how transportation works here in Austin,” says Austin Nelsen, a vice-president for Nelsen Development and the project manager for developing The Avenue tower. “Our [targeted] residents are people who live downtown, work downtown; they’re not trying to travel seven miles to north Austin to go shopping. We’re trying to help build a dense, liveable and walkable city – and I think that’s what a lot of cities are striving to do right now.”

If you live downtown, you can use a ride-hailing service to get around quickly and relatively cheaply. If your destination is farther afield, those same services – or car-sharing schemes such as Zipcar or the Austin-based Car2Go – can get you there. And perhaps most importantly of all from a long-term perspective, these services can solve what’s known as the “first mile, last mile” problem: getting people from their front doors to transit without needing their own car.

Living in, working in and visiting cities without a car eases the demand for parking, which in turn allows city planners to slow or stop the construction of new parking facilities – an about-face that makes buildings such as The Avenue possible.

In 2015, the city of Chicago eliminated parking ratios for new residential projects within a quarter mile of transit. The Austin city council similarly eliminated off-street parking requirements for its downtown business district – the future home of The Avenue tower – in 2013. A crowdsourced map created in 2015 identified 93 cities in North America that have eliminated, or are considering eliminating, parking minimum requirements.

“[In most cities], there’s a perception that you can’t find a parking spot right where you want to go, so there’s no parking,” says Lindsay Bayley, a senior planner at the Chicago Metropolitan Agency for Planning. “But what we find in communities is that there’s underutilised parking – we just do a poor job managing it. Requiring developers to build parking when there is underutilised parking is not the best policy.”

There are many reasons for cities to eliminate these parking requirements. For one, it’s inordinately expensive to build parking spaces – Bayley estimated a cost of $30,000 per space, while Nelsen priced it at $40,000 – which increases the cost of living in those buildings and discourages affordable housing.

A recent study from the Center for Neighborhood Technology found only two-thirds of parking required by building codes was ever in use at one time. “That really hurts affordable housing,” Bayley says. “If you are building affordable housing [and you have to include parking], you will move toward cheaper areas, pushing the developments into a few neighbourhoods.”

The other big factor behind the car-free shift extends beyond the thriving cities of Austin, Chicago, Portland or San Francisco is millennials. Signs abound that the younger generation has a different relationship to car ownership.

A 2014 report by the US Public Interest Research Group found that young people were driving less, driving shorter distances and using more transit, biking and walking to get around. And while naysayers hypothesised that those trends arose from the global recession and high oil prices, ongoing studies show young people are buying fewer cars and getting fewer drivers’ licences than ever before. 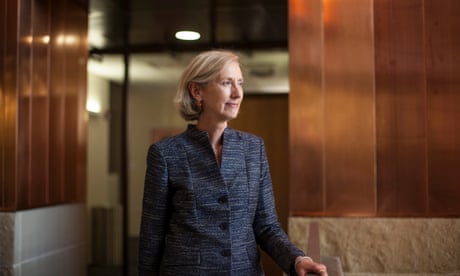 ‘We’re just getting started’: inside Austin’s contentious clash with Uber and Lyft

“Part of it is just due to finances – people can’t afford to purchase cars,” says Catherine Duffy, chair of the American Planning Association’s transportation division. “There’s also a shift toward experiences, with people wanting to be around a lot of stuff [as they are in cities]. And also, studies have looked at people’s dependence on mobile phones as a way to have freedom rather than needing a car to see friends.”

Young people are the target market for ride-hailing services: a 2014 survey from UC Berkeley found that 73% of such rides were taken by 15- to 34-year-olds. And although Austin is in the midst of a showdown with Uber and Lyft over the regulation of drivers, San Antonio resolved a similar, four-month shutdown last year.

Whatever the long-term outcome in Austin, it highlights the fragile state of affairs as city dwellers’ relationships with the automobile evolve. “I’m still kind of mind-blown about the shutdown,” says Nelsen. “We still have Car2Go, but [not havingLyft and Uber] is detrimental to my lifestyle, and the lifestyle of the city.”

Car retailers started moving in this direction four or five years ago. They too face the same challenging numbers – the proportion of Britons aged 17-20 with a driving licence has fallen (pdf) from almost 50% in the 1990s to 29% today. Arecent report from the Good Rebels consumer experience company said the percentage of people between 19 and 34 who did not own a car had risen from 28% in 2009 to 40% by the third quarter of 2015. Dealerships know that not many young people can walk in and pay forecourt prices.

So instead, dealers offer innovate finance packages which now make up around 80% of car sales in the UK.

“It’s no longer a big ticket item – it’s cheaper than Uber,” says Nigel McMinn, manager director of Lookers, which runs 153 car dealerships across the UK. Young people can drive away a new car paying as little as £120 – and then a monthly repayment. “A young person doesn’t need capital for a deposit,” McMinn says. “We’ve become a nation of renters when it comes to cars.”

Salespeople across the board have to be much more astute if they want to sell to millennials. There has never been this volume of information available on product, performance, sellers and customer satisfaction. The era of the dodgy motor dealer is well and truly over.

“Everybody is approaching it differently now,” adds McMinn. “Young people spend a lot more time researching the purchase online. They look at independent ratings, go on Facebook, to find out what people are saying about our service levels.”

And still they might not buy. Some millennial watchers detect a parsimony and maturity beneath all the generation despair. These are people who came of age during difficult economic times, who have watched debt eat holes in their economy and in the US at least have seen waves of foreclosures.

Others discern an element of carpe diem about millennials – that if they can’t afford financial security or life changers such as houses and children, they might as well spend on memories that will stay with them for ever instead.

“They almost prefer spending on experiences rather than owning things,” says Ina Mitskavets, a senior consumer research analyst at market intelligence group Mintel. “I think that as they grow up and as their income rises they’ll probably start owning more things, but I think it’s never going to be to the extent of the ownership of things of the previous generation.”